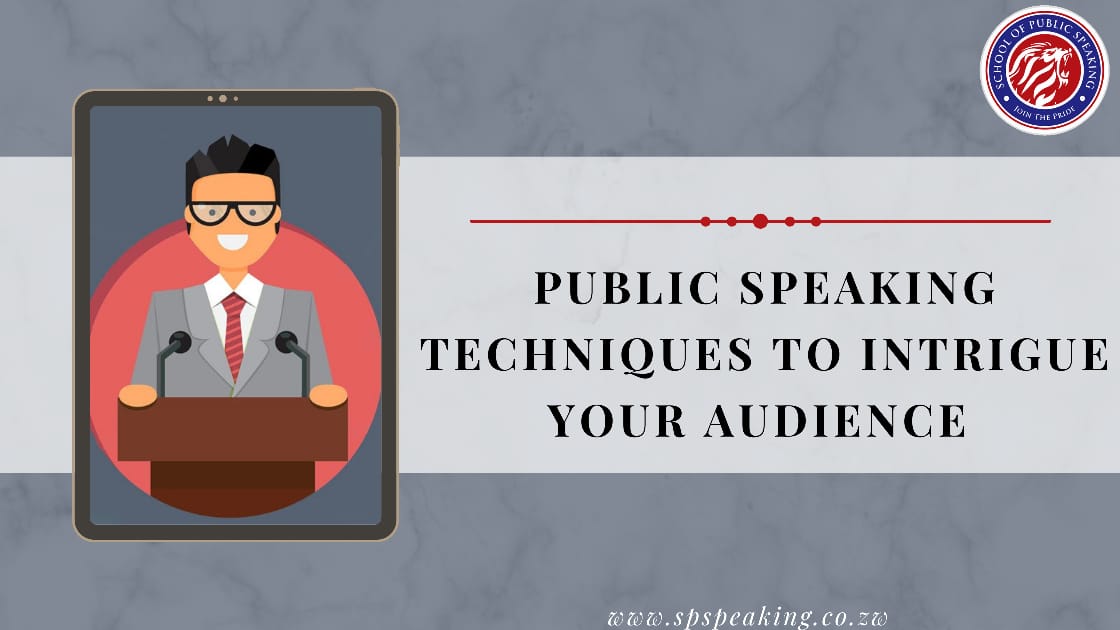 Public speaking is the #1 fear in the world. In some studies, people have said they’d rather die than speak in public.

Can you believe that?

The majority of people hate public speaking because the fear that is associated with speaking in front of a live audience.

That’s why I personally admire anyone who speaks in public especially motivational speakers like Coach Blessing Mandipira , Coach Tatenda Chopera , and others.

To not only get up in a room full of strangers but to help people make massive change is extraordinary. Luckily, you don’t have to be like Coach Blessing or Ciach Chopera to become an awesome public speaker.

Public speaking is one of the five biggest fears in life. Most people think of top public speakers and assume that they don’t get nervous but most of them that’s not true.

One of the most sought out speakers, Mel Robbins, said she still gets nervous before every event. And she speaks all over the world!

Instead of using this fear against her, she uses it to her advantage. As she said her best-selling book, The 5-Second Rule, “Your brain doesn’t know the difference between fear and anxiety. It’s up to you to let your brain know you’re excited, not scared.”

The easiest way to get flustered, nervous and want to run off stage is if you don’t know what you’re talking about. Only agree to do public speaking on topics that you know a ton about. Keep your message simple.

Don’t try to become an expert about a topic you know nothing about the day before the event. Start with a core message around one or two topics and go from there. The last thing you want is to feel overwhelmed when you’re on stage.

So many people make this mistake when they start public speaking. They try to sell the audience on their message to the audience. This is the wrong approach.

All they need is to believe that you believe what you’re saying. This simple tweak will reframe how you prepare and make it easy to speak on stage.

If you want to be remembered for more than a day, you have to learn how to tell stories, not share facts with your audience. People attending will get bored if you’re throwing stats at them over and over again.

Instead, you should try to become a master storyteller. Not only will this help you stay on topic but it’ll flow more natural than repeating a bunch of numbers from a survey or study. Telling stories is one of the oldest ways of sharing messages with other people.

Not only will your audience remember you but you’ll have more fun and find yourself much less nervous.

The old saying, “keep it simple stupid” really applies to public speaking as much as anything. If you have a super complicated topic or a 14 step process for an audience it’ll confuse you and the audience.

People can only consume and digest a certain amount of information in one day, especially in a multi-speaker event. Before you go on stage, remind yourself of the core message you want people to remember.

Remind yourself of how your knowledge and speech can help them take action to improve their lives. If you’re using any slides make sure they are simple as well.

Don’t have a ton of slides with a lot of words and graphics. Less is more when it comes to power point presentations.

If you’re just starting in public speaking, I’m sure you are beyond nervous. But how you show up to the stage will greatly affect your confidence and ease your fears. Pay attention to your body language is impacting your message.

Your words will resonate with the audience if you’re physiology is the right state. Make sure your chin is up, you’re speaking confidently, and your posture matches as well.

Before you head out on stage take a few deep breaths and affirm your greatness to yourself.

Another awesome public speaking technique is one that Tony Robbins does before every event. Backstage, he jumps on a rebounder (basically a mini-trampoline) to adjust his physiology and increase his energy.

Then, he repeats a mantra that he’s used over and over again to get him into a peak state. Despite speaking to millions of people over 40 years he still does this simple ritual.

While you don’t need a rebounder, you should create a similar ritual. One that builds confidence in yourself and your ability before going on stage. Whether it’s an affirmation of “I am confident, I am worthy, and I am impacting others”, physical activity or something else.

Create a trigger before speaking that builds energy and excitement.

If you’re like most people, you want to be great at something instantly. But public speaking is like any skill, it takes time to get great.

Give yourself permission to get better over time. It’s okay if you’re not great at the start.

Steve Jobs is my favorite example of this. I’m sure you know him as the epic speaker that delivered keynotes to unveil the hottest and industry-changing products in the world. But it wasn’t always like that for Steve.

In fact, he used to get so nervous before interviews and speaking that’d he have to throw up beforehand. The thought of public speaking terrified him it made him physically sick. And now he’s regarded as one of the greatest CEO speakers ever.

Remember, the goal of public speaking is to get your message out and change lives. If you can get one person in the audience to use your words and take action, you’re well on your way to becoming a world-class speaker.

Whether you want to become the top motivational speaker on the planet or just a better manager of your team, it’s 100% possible with these tips. Remember, it’s okay to feel nervous. Don’t let that be a reason that holds you back from sharing your words with the world.

As Mark Twain said, “There are two kinds of speakers, those who are nervous and those who are liars.” Use these public speaking techniques to master the stage and transform your audience.

No comments to show.